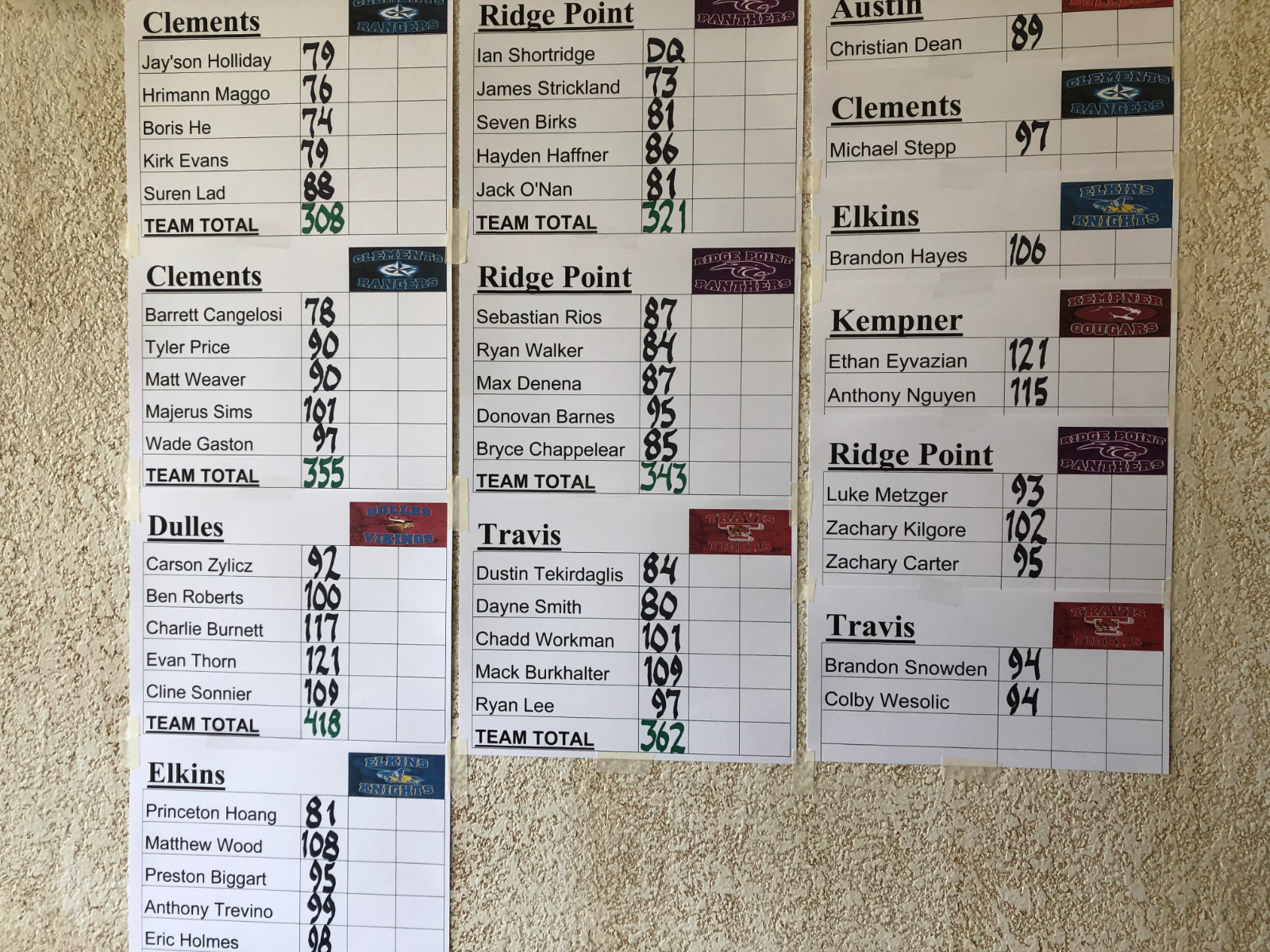 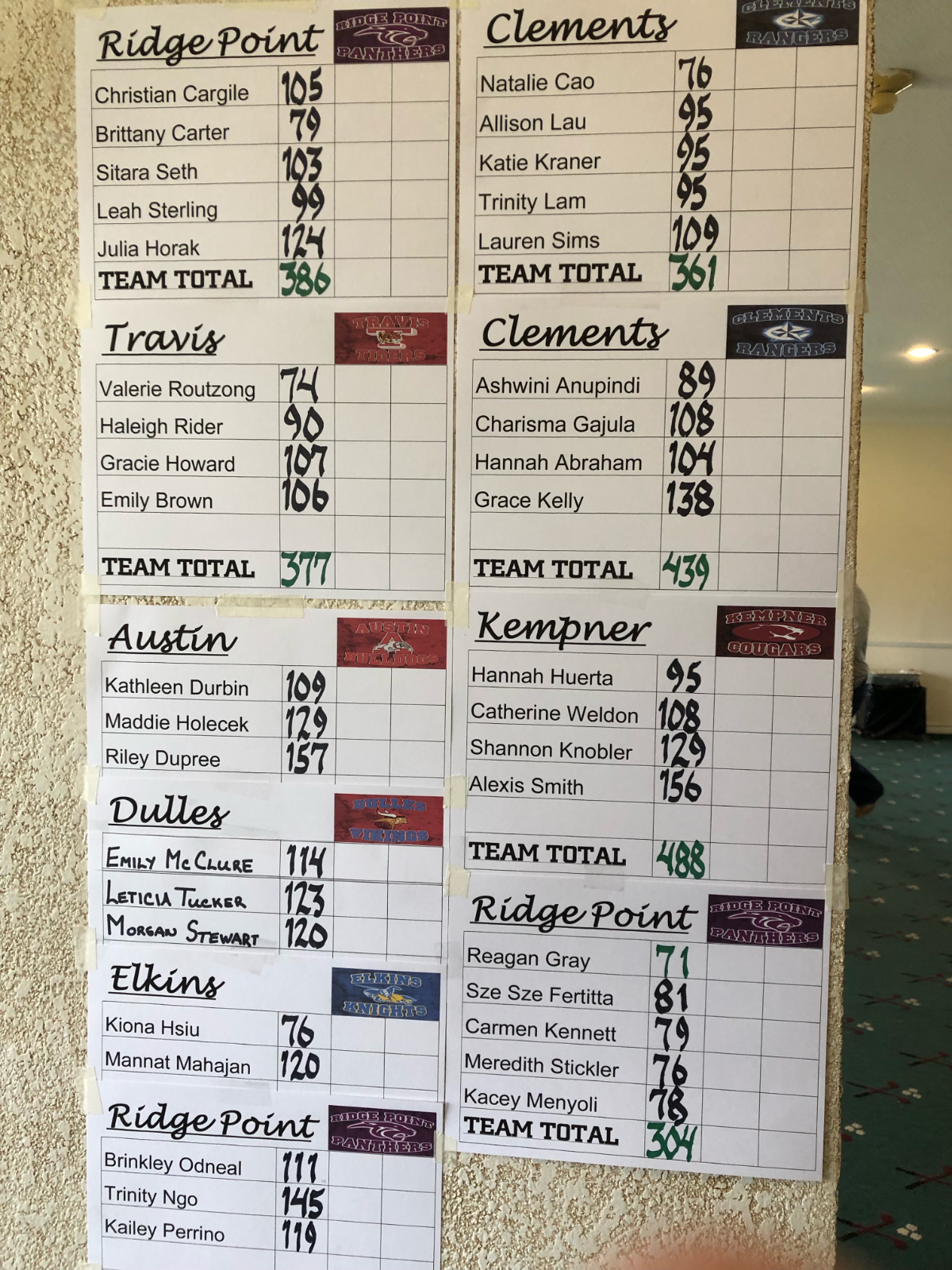 For the first time in seven years the Kempner Golf team will have a team score at the 20-6A district golf tournament.  The tournament is a 2 day event held at River Point Golf Course in Richmond with the second round teeing off today.  The Kempner Lady Cougar Golf team will have 4 golfers participating in the event this year, and the Boys will have 2.  Most High School golf tournaments consist of two different levels of competition, both team and individual medalist.  Since Coach Hudson left the program prior to the 2014-15 school year, the Cougar golf program has lacked the numbers to participate in the team portion of the event.  Most of the time there were one or two individuals playing, and while those students always performed well the lack of players and not having a team, left a hole in the program.  Thanks to the hard work of all the players as well as Coach Barrett nd Coach Johnson the program is growing and showing signs of returning to where it once was.

The Ladies team is being lead by Sophomore Hannah Huerta and Junior Catherine Weldon.  Shannon Knobler and Alexis Smith are rounding out the squad.  After talking to the coaches at the start of the year they had hoped that the new members of the team would progress enough to allow both the boys and girls to have full teams at their district event.  The girls made significant progress and their inclusion on the varsity roster shows that.  The boys however ran into some challenges over the course of the year and only two made the final varsity squad.